7 Unbelievable Places Across the World 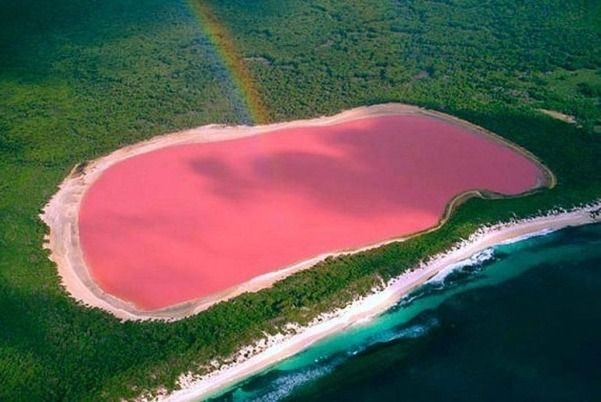 7 Unbelievable Places Across the World

Gibraltar International Airport is also known as North Front Airport, located in Gibraltar. FYI, the runway which is being used by the airport authority, a heavy traffic road is also passed in between. So, when a plane take-off from the runway, traffic halt and again starts when there is no flight!

Lake Hillier is one of the most amazing lakes, located in the Western Australia. It is the largest of the islands and islets that make up the Recherche Archipelago, Western Australia. The lake is a popular place due to its color i.e. pink color lake. According to various scientists, pink color is due to the presence of algae which is usually the cause of strange coloration.

Aogashima Volcano is a volcanic Japanese island, administrated by Tokyo and located 358 km south of Tokyo, Japan. The island is a least populated, only 170 made their home. The coastline of the island is just 9 km and length is 3.5 km. FYI, the Aogashima island is located in the Philippine Sea.

Neuschwanstein Castle is a Romanesque Revival palace, located in the village of Hohenschwangau, Bavaria, Germany. The construction started in 1869 and completed in 1892. The castle visited by more than 1.3 million tourists each year on an average. The Palace is considered as one of the wonders of the world.

Etretat is a commune, located in the Haute-Normandie region in north-western France. It is situated about 32 km northwest of Le Havre, France. It is one of the wonders of the France. You should not miss a chance to visit Sea Cliffs, while visiting the beautiful country France.

9 Most Beautiful Presidential Palaces in the World

New Years Eve 2020 Events, Parties, Hotel Deals: A to Z Guide For Many Cities Around The World