Top 10 Most Dangerous Cities in the World 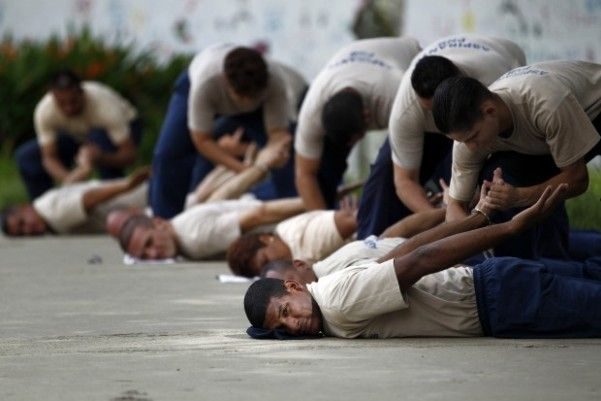 The World is becoming smaller day by day. People love to travel around the world for various reasons. You will always find big cities in the news for violence between the Mafia gangs. There are only a few cities in the world where Mafia gangs are not present. Here is the complete list of top ten most dangerous (violent) cities in the world which have a high crime rate. On this list, most of the cities are located in North America. So, we are suggesting you to avoid visiting these cities, if possible.

Mogadishu is the most dangerous city in the world. It is the official capital of Somalia, a most dangerous country in the world. There has been no stable government since 1991 in the country. Shootings, suicide bombers and attack on public places are common in the city. Due to Al-Shabaab militants, Mogadishu is another hell on the planet. Even the United States has refused to intervene in the country till 2013.

San Pedro Sula is the second most violent city in the world. It is situated in northern Honduras and the second largest city in the country after the capital Tegucigalpa. As per the figures of 2011, there were 818,853 inhabitants with a murder rate 142.88. Mafia gangs are also active in the city which leads to the major crime rate in the city.

Acapulco is the hub of drug trading in the country. Drug mafia is increasing their presence in the city which leads to increase in violence. Local police is much corrupted and the bribe is common in every step in the city. US Department of State has also issued a warning for US citizens to avoid visiting this city. Although, violence is not targeted at foreign tourists or residents. Still, it is better to avoid this city in your list of places. Independent Cartel of Acapulco is the most dangerous criminal gang in the city.

Caracas is the capital and the largest city of Venezuela. Caracas is the world’s most violent city in recent times with 7676 murders in 2009. Kidnapping, robbery, extortion and bribes are the major problems of the city. Due to complexity of currency exchange of Venezuela, Caracas is the most expensive city in the world for expatriates.

Torreón is situated in the Mexico. It is the second most violent city of Mexico in the list. There are 1,147,647 inhabitants in the city municipality. Torreón is growing center of crime in the country with a murder rate of 94.72.

Maceió is the seventh most dangerous city in the world and third in the country. Maceió is the capital of Alagoas state of Mexico and the city sees 135 murders per 100,000 inhabitants per year. There are total 932,748 inhabitants in the city as per 2011 figure. Maceió is widely known as “The Paradise of Waters” due to the beautiful beaches.

Cali is the most dangerous city in the country and eighth in the world. With a population of 2,294,653 people, Cali is suffering from murder rate of 79.27. It is located in the southwestern part of Colombia. The Cali Cartel is widely known drug cartel in the Southern Colombia. Due to this cartel, bribery, kidnapping, arms trafficking, extortion and murder are the common incidents in the region.

Barquisimeto is another most violent city from Venezuela. It is ranked at #9 in the list with high murder rate of 71.74. There are 1,120,718 inhabitants in the city of Barquisimeto in Brazil. It is the second most dangerous city in the Venezuela.

Guatemala City is ranked at #10 position in the list. Guatemala city is also famous for its prison condition. As per the information available, there are 2123 homicides in 2013 year. The Population of the Guatemala city is 3,103,685.