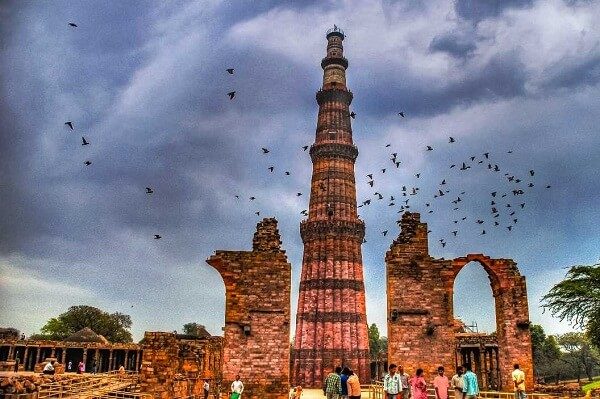 India is one of the most civilized culture in ancient world. Lots of advanced sites and marvellous architecture has been constructed in the historical time. India has also constructed best ancient bridges in the ancient time which are now marvelous construction in the World.

In modern time, we have advanced machines and engineering techniques. While in ancient time, there were no machinery available, still they have developed superb constructions. So, let’s have a look at list of Top 5 Ancient Sites in India if you wants to make your ancient sites tour.

Lothal is one of the oldest ancient planned city in India which is currently situated in modern state of Gujarat in India. It is dating back from 2400 BCE which was discovered by the Archaeological Survey of India (ASI) in 1954.

It is also rare city in the World which have town planning. Bathroom-toilet structure is one of the marvelous architecture in the history. Lothal was also one of the economic and trade center of the region.

It is also perfect destination for your ancient sites tour in India. It is located near Dholka Taluka of Ahmedabad district near village of Saragwala. This site is also accessible for public and tourists. It is managed by ASI and condition is ruined.

Qutb Minar is India’s tallest minar with 72.5 metres high. It has total 379 stairs and has 14.3 meters base diameter. Qutub Minar was constructed by Qutub-ud-din Aibak and Iltutmish in 1192. It was included in the World Heritage sites of India by UNESCO.

Sanchi is one of the village of Raisen district in Madhya Pradesh state of India. Sanchi is the most important sacred place for Buddhist pilgrimage in India and around the World. There are so many Buddhist sacred places are located in the village.

Any tourist can visit all sites including world heritage site from 08:00 AM to 05:00 PM and well managed. Photography is allowed for general public and it takes up to 2 hours to visit the site. It is one of the ancient Buddhist sites in India which is well preserved.

Pattadakal is one of the ancient village of India and it was declared as world heritage site by UNESCO. There are various ancient temples are located in the village like 1. Virupaksha Temple 2. Sangameshvara Temple 3. Chandrashekhara temple 4. Mallikarjuna Temple 5. Kashivisvanatha Temple 6. Galganatha temple 7. Kadasiddhesvara and Jambulingeswara temples 8. Jambulinga temple 9. Kadasiddheshvara temple 10. Jain Temple 11. Papanatha temple.

Have you visited any of Top 5 Ancient Sites in India? Share your experience with us through comments.

Why India is not a popular travel destination for international tourists?