Your Hotels and Resorts Expert
Destinations

5 Best Weekend Getaways from Ahmedabad for Your Weekend Holiday 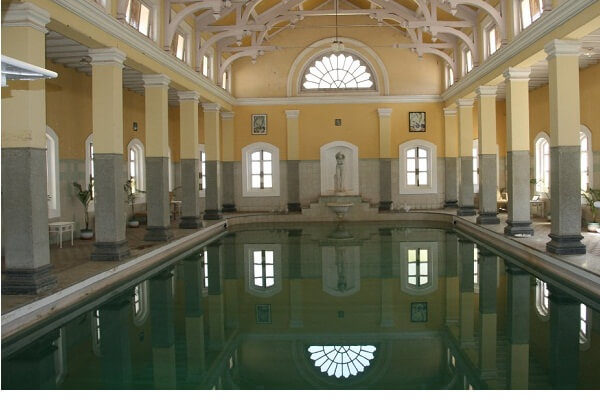 Ahmedabad is the largest city of Gujarat and one of the fastest growing cities of India. Due to the hectic lifestyle of the city, most of people want to escape from the routine life to get fresh air of nature. It is a new trend to a spend weekend in nearby tourist places to get relaxed.

People have various likes and dislikes to choose their favorite weekend place. For example, someone may like the beach and another one may opt for hill station. So, we have tried to provide you all the popular weekend places near Ahmedabad.

5 Best Weekend Getaways from Ahmedabad for Your Weekend Holiday

Saputara is the most popular tourist destination of Gujarat. It is the lone hill station of the state. Saputara has a beautiful lake and hills which will make your weekend the most beautiful ever in your life.

Ahmedabad to Saputara distance is 400 km which may take up to 5 hours and 30 minutes driving. As per the distance calculation, you need at least two days to spend your weekend.

The Nal Sarovar Bird Sanctuary is one of the largest wetland bird sanctuaries in India. It is located about 64 km to the west of Ahmedabad. The sanctuary has a beautiful lake with the facility of boating.

You can hire boats between 6:00 AM to 6:00 PM by paying a small amount. As per the official information, 225 types of birds have been recorded in the area. It is the perfect weekend place within 100 km from Ahmedabad.

Akshardham Mandir is one of the largest Hindu temples in Gujarat. The temple was created by Bochasanwasi Shri Akshar Purushottam Swaminarayan Sanstha in 2nd November, 1992. The temple has various tourist attractions such as the garden, research center, the temple monument, exhibitions and the water show.

Akshardham Mandir is located in the city of Gandhinagar. Ahmedabad to Akshardham Mandir distance is 29 km which may take up to 40 minutes of driving by car. It is the perfect weekend place within 50 km from Ahmedabad.

Wankaner was one of the royal states before the India’s independence. Wankaner has a stunning royal palace named Wankaner Heritage Hotel which is the official residence of the royal family of Wankaner. Royal Oasis, a summer palace which is now converted into heritage hotel has beautiful architecture of European style.

5 Tourist Places in Kutch For Your Holiday [Best Tourist Attractions]

6 Most Popular Theme and Amusement Parks in India

Do NOT follow this link or you will be banned from the site!