Your Hotels and Resorts Expert
Destinations 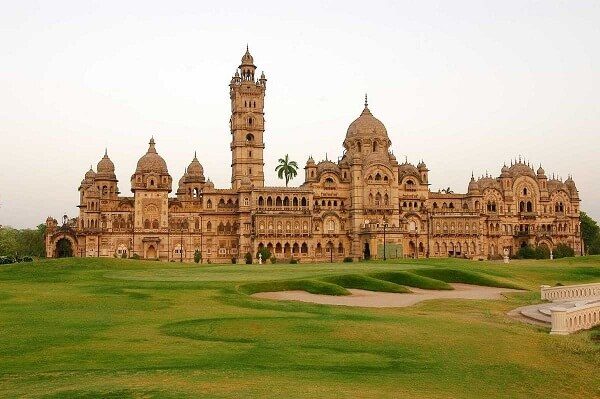 Vadodara is the third largest city in the state of Gujarat, after Ahmedabad and Surat. Vadodara is also known as Baroda, the cultural capital of the state. It is also highly industrialized city of the country. It is the home of many industries such as chemicals, plastics, engineering, petrochemicals and others.

Vadodara is the most important tourist destination in the state, which is visited by thousands of tourists every month. The city has beautiful and natural locations, which attracts a lot of tourists.

The Lakshmi Vilas Palace is one of the largest palaces in the world. It is the four times higher in the size of Buckingham Palace. The Royal Palace was also included in our list of the most luxurious royal palaces in Gujarat. The Royal Palace is spread across the land of 700 acres i.e. 2.8 square km. The Gaekwad family is using the place as the official residence yet.

Sursagar Lake is the most beautiful tourist attraction of the city. The lake was rebuilt in the 18th century with stone banks. It is the most beautiful place particularly on moonlit nights. In the year 2002, Vadodara Mahanagar Seva Sadan (VMSS) has installed the statue of the Lord Shiva in the middle of this lake.

Nazarbaug Palace is the royal palace owned by the Royal family of Baroda. The palace was built in 1871. In the grounds, there is a palace of glass, which is known as “Shish Mahal” in local language. This is the oldest royal palace in the city of Baroda. It was constructed by Malhar Rao Gaekwad, the youngest son of Sayaji Rao Gaekwad II in the late 19th century.

Maharaja Sayajirao University is simply known as the MS University of Baroda. It is the oldest and largest university in the state of Gujarat. It was established in 1881 as the Baroda College of Science. After the Independence of India, the college becomes the University to increase the education in the region. MS University has a beautiful and historical buildings in the campus.

Maharaja Fateh Singh Museum is one of the best museums in the state of Gujarat. It is located in the Lakshmi Vilas Palace which is also known as the Maharaja’s Palace. The museum has a number of historical paintings by the famous painter Raja Ravi Varma. During that time, he was specially commissioned by the then Maharaja of Baroda.

Makarpura Palace was built by Maharaja Khende Rao in 1870 in the Italian style. Maharaja Sayajirao Gaekwad III renovated the palace to make it more beautiful and luxurious. At the current time, the palace is used as a training school by the Indian Air Force.

Which is your favourite tourist place in Baroda?

Top 5 Diwali Destinations in India for Celebrations and Holiday