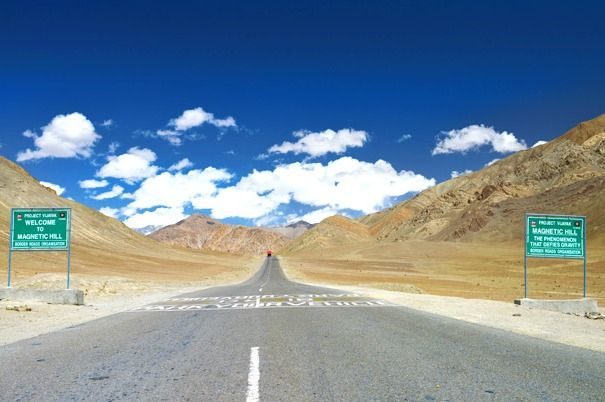 In this article, we have compiled a list of the best places in India which are exist but you would not believe until you visit them personally.

You would not believe that a National Highway – 66 is located between Arabian Sea and Suparnika River. This national highway creates a spectacular scenery and considered only one of its kind in India.

Magnetic Hill is also known as “gravity hill” which is located near Leh in Ladakh in India. The alignment of the road with the slope of the background can give the illusion that cars are able to drift upwards. It is one of the most popular tourist places in Leh-Ladakh among the tourists.

Stok Range is a popular place as a practice run for the Mount Everest. The height of the Stok Kangri is about 11,845 feet located in Stok Range, Ladakh. It is one of the most popular places among the mountaineers and climbers.

Lonar Sarovar is located at Lonar in the district of Buldana in Maharashtra. It is a saline soda lake which was created by a meteor impact. It is one of the most popular tourist attractions among the tourists.

It is one of the most talked forts in India. Bhangarh Fort is also considered as one of the most haunted places in India. Visitors are not allowed to visit the fort after the evening time according to the notification issued by the Government of India.