Your Hotels and Resorts Expert
Australia

5 Most Haunted Places in Australia 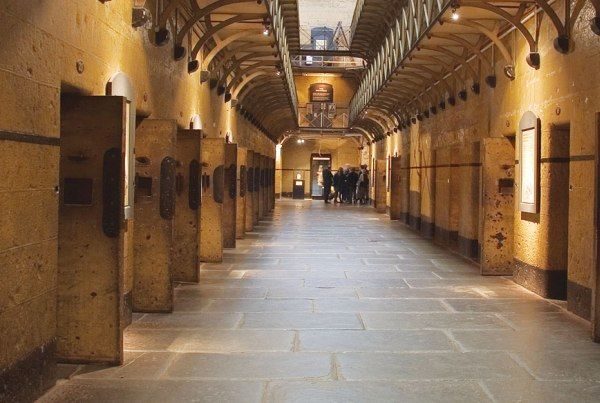 5 Most Haunted Places in Australia

The Old Melbourne Gaol is a haunted place according to various local residents. It is the same place where 132 and other convicts were hanged. Many people have heard disembodied voices and other strange noises. It is considered as one of the most haunted places in Melbourne.

The National Film and Sound Archive building was earlier used by the Australian Institute of Anatomy, a place where a large number of human body parts collected. According to one contractor, he have been pinned against a wall by an unseen force. In the building’s downstairs corridor, once a place of hundreds of human skulls, is a hotspot for abnormal i.e. paranormal activity seen.

The Boggo Road Jail is considered as one of the most haunted places in Australia. The jail was opened in 1883 and closed in 1989. Many prisoners were executed in this jail, hence they haunt the jail. According to various reports, one of the prison guards, whose ghost can be heard jangling his keys and wandering the halls.

The Manly Quarantine Station is reported one of the most haunted places in Sydney. The station once used to isolate the people who had or had been diagnosed with deadly infectious diseases such as scarlet fever, spanish influenza, yellow fever, bubonic plague, and others. According to news reports, as many as 500 people died during the station’s 150-year history.

The Old Adelaide Gaol is a 147 years old jail, where about 44 men and one woman were hanged. According to various experiences, many people have reported that they have felt disembodied voices, sensations of being touched and scratched. The jail is considered as one of the most haunted places in Australia.

10 Must to Visit Tourist Attractions in Hobart, Tasmania