Your Hotels and Resorts Expert
Japan 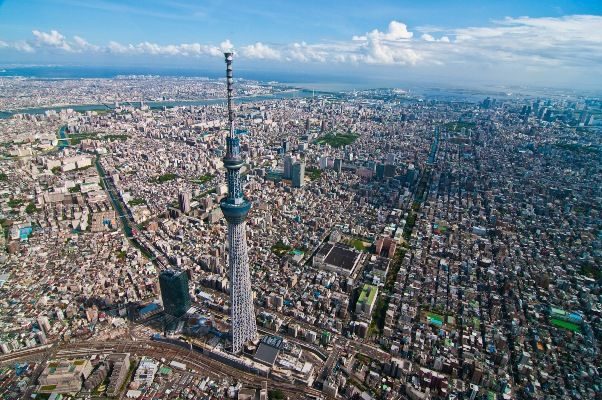 Tokyo is the capital city of Japan as well as the most advanced city in the world according to the latest reports. Tokyo is the first choice of all travellers when they visit to Japan. Tokyo possesses seven of the 10 most-visited tourist destinations in the country are in Tokyo. There are also countless tourist places in the city of Tokyo, except natural places. In Tokyo, you will only find man-made marvelous.

Tokyo is blessed with one of the fastest trains in the world. It runs at speeds of about 321 km per hour, that’s an experience itself. If you are planning to visit any city of the country, then bullet train is the best way to reach there. To avoid any hassle, advanced reservation is advised.

Sensoji is an ancient Buddhist temple, located in Asakusa, Tokyo. Sensoji is one of the most visited tourist attractions in Tokyo. It is also the oldest Buddhist temple in Tokyo, which was founded in 628. Your visit to Tokyo is incomplete without visiting the Sensoji Temple. The temple was destroyed during the World War II. It was rebuilt later on to make it the symbol of peace.

Tokyo Disneyland is one of the best tourist destinations for the kids in Tokyo. It is located at the Tokyo Disney Resort, Urayasu, Chiba near Tokyo. It was the first theme park outside the United States, based on the theme of Magic Kingdom. There are several theme areas in the theme park such as World Bazaar, Adventureland, Westernland, Critter Country, Fantasyland, Toontown and Tomorrowland.

The Tokyo National Museum, located at Taito, Tokyo, is the oldest national museum in Japan. It was established in 1872 to collect, preserves and houses art works, focusing on Japan. As per the official information, there are 110,000 objects in the museum. There are total five exhibition buildings in the national museum such as Honkan (Japanese Gallery), Toyokan (Asian Gallery), Hyokeikan, Heiseikan and Horyu-ji Homotsukan (The Gallery of Horyu-ji Treasures).

Meiji Shrine is a shrine, dedicated to the deified spirits of Emperor Meiji and his wife, Empress Shoken. Meiji Shrine was established on 1st November, 1920. It is the most popular shrine in the metropolitan of Tokyo. You will enjoy the calmness and peace in the Meiji Shrine. It is located in Yoyogi, Shibuya-Ku in Tokyo. This shrine is one of the official shrines supported by the Government of Japan.

Tokyo Skytree is the tallest structure in Japan in 2010. It is also the second tallest structure in the world after Burj Khalifa. The construction was started on 14th July, 2008 and completed on 29th February, 2012. Tokyo Skytree is a restaurant, broadcasting, and observation tower, located in Sumida, Tokyo. It is the main television and radio broadcast site for the Kanto.